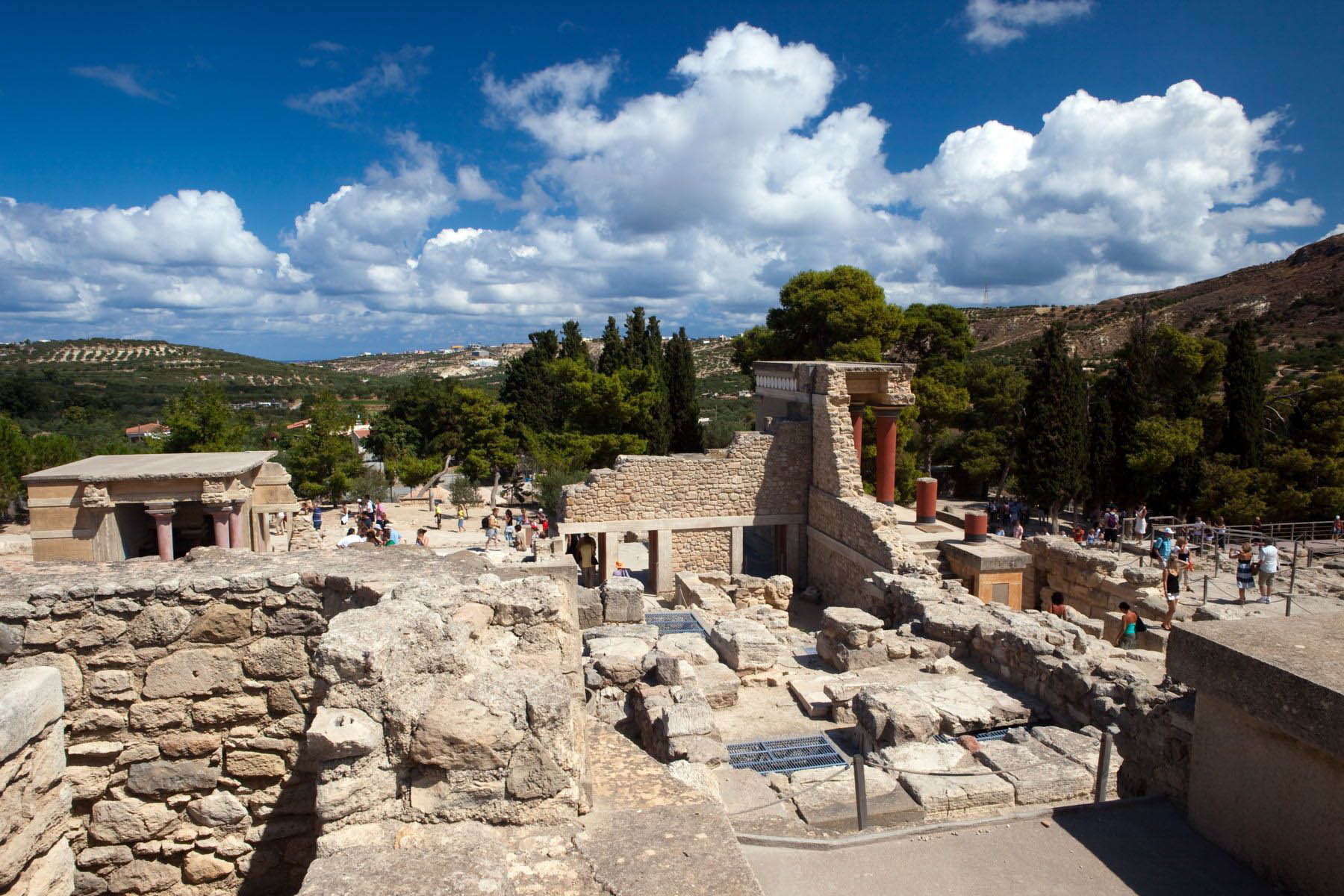 What to do in Heraklion

A seaside city full of life and history

History is everywhere in the city once known as Candia. As you walk around the Old Town, you’ll savour the sights, like the impressive church of Agios Titos in the square originally built by Byzantine emperor Nicephorus Phocas in 961. Or the Armeria (armoury) next to St Titus, and The Loggia (City Hall) with its 82 metopes and beautiful arcades. Directly opposite, you’ll find the lively Morosini (Leondaria) Square with its Lions’ Head Fountain. Moving on to Eleftherias Square, the most striking building here houses the Prefecture of Heraklion and the region’s Law Courts.

The Venetians on the pier

At the entrance of Heraklion’s Venetian Harbour, the Koules Fortress (also known as Castello Del Molo or Rocca al Mare) gazes proudly out to sea. It took its final form between 1523-1540 and served as a prison during the Ottoman rule. Across the harbour, the Venetian shipyards make for a romantic backdrop.

The walls of the old city

Walking along the Venetian Walls, you will see how beautiful this city looks from afar. You’ll pause in small shady parks and admire the genius of the famous Venetian architect, Michele Sanmicheli, who designed the walls and bastions more than 400 years ago. Demarcating today’s Old Town, they made Heraklion the best-fortified city in the Mediterranean.

The most important centre of the Minoan civilisation is just 5km from Heraklion. This is where master craftsman Daedalus built the labyrinth for the mythical King Minos to isolate the Minotaur, a creature that was half-man, half-bull. Theseus, the son of the King of Athens, slew him and found his way out of the labyrinth with the help of Minos’ daughter, Ariadne.

What we know for sure is that the palace was the headquarters of King Minos and flourished during the Minoan period (2000-1350 BC) as the most important socio-economic and religious centre of Crete. Its complex architecture gave birth to the myth of the labyrinth. Thanks to the archaeologist Sir Arthur Evans’ excavation and careful restoration, it is now one of the most fascinating archaeological sites in Greece, where you can experience exactly what life was like inside the palace.

Admire the Throne Room, the heart of the palatial complex, consists of the central court and the main chamber; the Processional Way, decorated with frescoes such as Prince with the Lilies; the Propylaea and the famous Bull’s Horns, one of the sacred symbols of Minoan religion; and the Royal Apartments, consisting of the Hall of Double Axes and the Apartments of the Queen, with its Dolphins mural.

The Archaeological Museum in the city of Heraklion is considered one of the most important museums in Europe. The exhibits include representative samples from all periods of Cretan history, covering 5,500 years. The most famous frescoes of the Palace of Knossos are housed here, including the Bull Leaper, the Prince with the Lilies, the Monkey Saffron Collector, the Blue Ladies and especially La Parisienne. A separate wing includes exhibits ranging from the Geometric, Archaic and Classical periods as well as the Roman era.

Cretaquarium: the wonders of the sea

Sharks, seahorses, jellyfish…you’ll be astonished by the variety of Mediterranean marine life on display at the Cretaquarium, which includes 60 tanks with 1.7 million litres of seawater. One of the largest aquariums in Europe, it houses more than 4,000 creatures of all different colours, shapes and sizes.

A feast of flavours

The dining and entertainment options in Heraklion are infinite. You can enjoy dishes from the celebrated Cretan cuisine in the many cafes, tavernas and restaurants, accompanied by traditional music, local wine and tsikoudia (Crete’s famous firewater). Then it’s time to move on to one of the trendy cafes and bars, where the fun really begins.

Sample the wine routes of Heraklion

Take your pick: Ammoudara, a big beautiful beach just west of the city; Tobruk, in the east, with its restaurants, hotels, and cafes; or the Arena or Red Hani, a beach enjoyed by a young crowd, featuring hotels, shops, restaurants and music-playing beach bars.

What you can read next 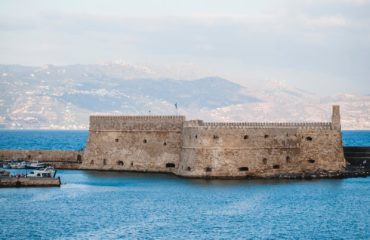 A buzzing seaside city bridging the gap between yesterday and today, the capital of Crete 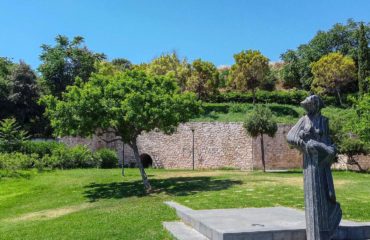 Nana Apartments in Zaros Heraklion will offer you a traditional stay, show you the famous Cretan hospitality,
give you the chance to explore the unique landscapes of the surrounding area and you will get to know
the art of making traditional musical instruments taught by the owner! 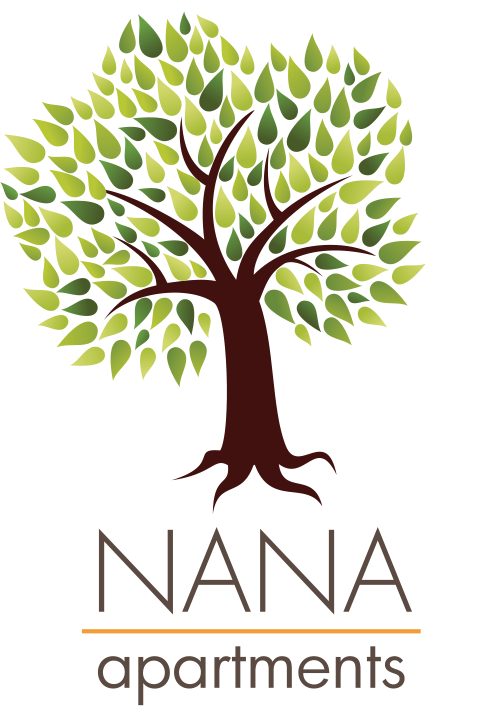 The NANA Apartments are located in the traditional village of Zaros, at the green foothills of Psiloritis with the aromas of herbs and the beauty of the landscape to seduce.
ΜΗΤΕ : 10 39 Κ 9100 290 2710

You can find out more about which cookies we are using or switch them off in settings.

This website uses cookies so that we can provide you with the best user experience possible. Cookie information is stored in your browser and performs functions such as recognising you when you return to our website and helping our team to understand which sections of the website you find most interesting and useful.

Strictly Necessary Cookie should be enabled at all times so that we can save your preferences for cookie settings.

If you disable this cookie, we will not be able to save your preferences. This means that every time you visit this website you will need to enable or disable cookies again.

This website uses Google Analytics to collect anonymous information such as the number of visitors to the site, and the most popular pages.

Please enable Strictly Necessary Cookies first so that we can save your preferences!